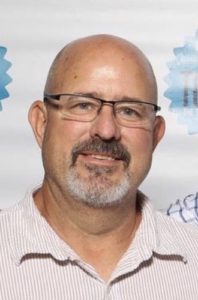 Tom Price is a Topeka native graduating from Highland Park in 1979. As a baseball player he enjoyed a successful career in baseball at Allen County Community College and is a member of the Allen County Hall of Fame in Baseball. Upon graduation he spent a year at Grand Canyon College in Phoenix, and at Washburn University in Topeka again playing baseball.

After college started Tom working for the local cable company TCI as a technician learning the skills and technology that would lead him eventually to his current position.  Tom then added the experience of working in law enforcement for 8 ½ years as a booking officer for Shawnee County Department of Corrections.

While working for Shawnee Co he also continued to work in the communications industry assisting Douglas Cable and assisting in creating a team together that serviced over 300 small cable systems in the Midwest upgrading them with selling programming upgrades and servicing infrastructure.

1998 Started his business in selling and installation of small satellites knowing they were going to be stiff competition for the local cable company.  He went from one subscriber working out of his old bedroom having his mom as the secretary, they sold one new customer in July that year ending up the next year in 1999 as a top 100 dealer in the United States for Dish network.

Since then his team has continued to grow and expand and was rated in the top three of all Dish dealers in 2018.  As part of the expansion and services, he built teams that started wiring new homes for cable then internet, to include home entertainment. That growth enabled him to further venture into low voltage wiring commercial facilities and is well known and respected in his field throughout the local and regional markets he supports.

Tom has always been a strong proponent of working and supporting local business. He strives to create solid working partnerships with companies that do two things, support the local economies and demonstrate and practice the same levels of professionalism and integrity he has built in his company.

As his range of services continued to grow, he has worked with security systems, low voltage wiring, internet services, and a host of other ancillary technologies with the help of his team and partners.

With all of that here we are in 2020 doing something that no one thought we would be doing. “Body Temperature Measurement Solutions”.