Executive of the Year

Executive of the Year 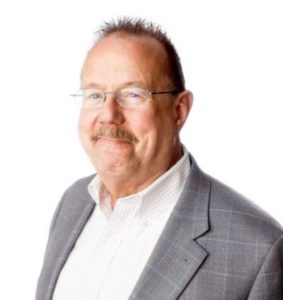 Greg Schwerdt is a wonderful example of how an architect can expand his vision beyond the boundaries of a structure and use his skills to make major differences in a community.

Calling Greg an architect barely begins to illustrate the scope and impact he’s had over his 40 plus year career. He is fiercely dedicated to his hometown of Topeka and uses his influence, skills and business savvy to develop projects that continue to enhance the city. At a time when other professionals are scaling back, Greg has doubled down on his involvement with business by taking on city leadership roles that are reigniting the downtown and river development.

Greg started Schwerdt Design Group in 1990 with just four employees. In 1996, he started Schwerdt Contract Interiors, an interior design company that works on projects in tandem with and independent of SDG.

Greg has forged relationships with some of the Midwest’s largest and most successful developers and corporations by leading a team that delivers outstanding design, project management and superior client satisfaction. These relationships have led to the development of highly anticipated and high-profile projects including the new Washburn University Indoor Athletic Training Facility, the $100 million Wheatfield Village multi-use development, the new Advisors Excel satellite campus, and the transformation of two historic buildings into the new Sunflower Foundation headquarters on the former Menninger Clinic campus.

Greg’s involvement with several prominent architectural projects barely scratch the surface of his contributions to his hometown. Personally, and professionally, Greg has donated significant resources to the growth of fellow businesses and charitable efforts that empower the community.

One important example was Top Tank, a city-wide effort to identify and fund new downtown businesses. Greg was a major investor in the initiative and Schwerdt Design Group donated pro-bono design services to all ten finalists. Greg also mentored individuals seeking to open businesses by introducing entrepreneurs to building owners and quickly showing how a building could be transformed into a potential space for their business.

Next, as chairman of the Riverfront Authority, Greg has proven instrumental in pushing riverfront development forward. With his leadership, nationally-recognized river authorities are providing their insight and services into development of a master plan for implementation. Greg is involved in the master planning phase creating more access to the river as well as discovering ways to connect it to north and south downtown areas which are experiencing a record number of new businesses and increased residential development.

Greg Schwerdt is lifelong Topekan who has built his business, philanthropic philosophy and family around the Midwest values of hard work, selflessness and kindness. Greg’s parents, Ed and Loretta, instilled a strong Catholic faith and civic pride in him and today he supports his high school alma mater, Hayden, and is a prominent advocate for several city initiatives.

Greg attended the University of Kansas where he earned a Bachelor of Environmental Design (1976) and a Bachelor of Architecture (1977).  In his personal life, Greg remains ever loyal to his beloved Kansas Jayhawks, Catholic faith and investment in his hometown. Greg’s immediate family includes his parents, six siblings, daughters Megan and Jordan, a late son Corey, son-in-law Jason and one grandchild Edison.